WHAT IS NUCLEAR FALLOUT?

Nuclear fallout is simply debris and particles which are lifted, or suspended, by a bomb’s detonation and become radioactive and harmful to living matter.

The term comes from the fact that this newly radioactive material, usually in the form of dust, literally falls out of the upper atmosphere, hence ‘fallout’ – as opposed to simply falling out with the explosion because it exploded during your dinner. 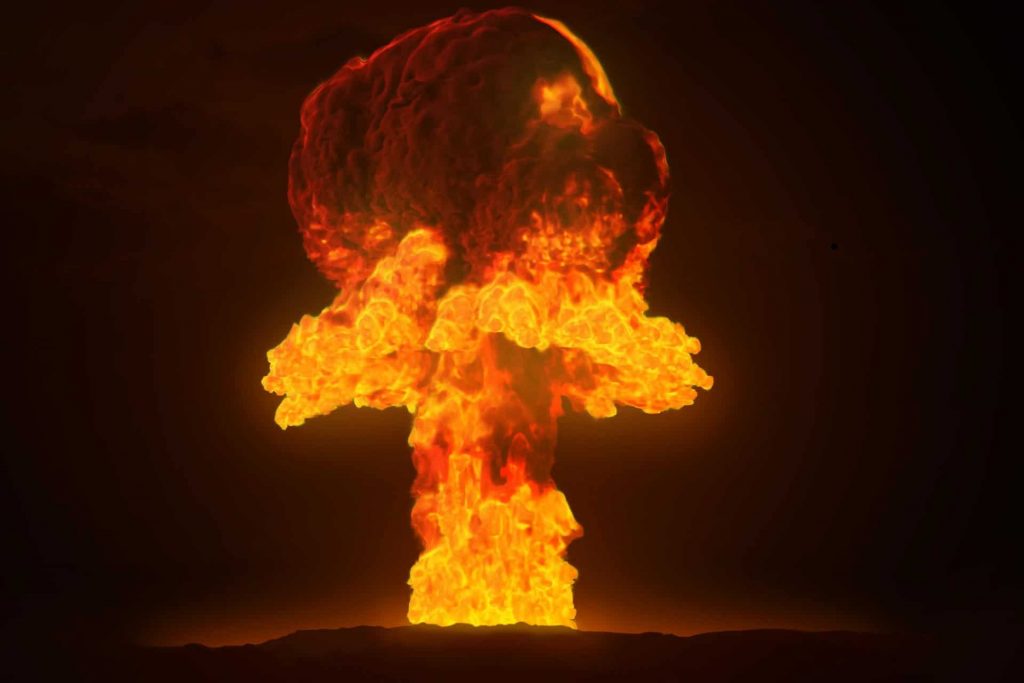 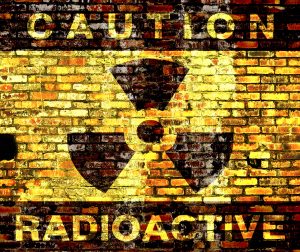 It is split into two types:  Global and Local.

Global fallout occurs when a bomb is detonated far above the ground and all the nuclear material (fissioned and un-fissioned) is vaporized into tiny particles to be swept away into the stratosphere, being dropped on the whole world in the process.

Local fallout occurs when a nuclear device is detonated much closer to the ground, with ground material forced up into the radioactive cloud by the surface bust (like when dirt is thrown in the air when a grenade explodes) before it is swept away by the MACH Wave, becomes radioactive and falls back to the earth’s surface.

Many of the radioactive isotopes produced in fallout have a short half-life, which is the time it takes for half of the isotope to decay, meaning that a resulting fallout’s radioactivity tends to decrease fairly quickly.

However, some radioisotopes like strontium-90 have a very long half-life meaning an area can still maintain a high level of radioactivity for long periods afterwards.

It is a pretty good idea to cover up when you think about it. Short range Alpha and Beta particles struggle to penetrate skin and heavy clothing, however, long range Gamma Rays do the most damage.

Gamma Rays are a lot stronger and seek out calcium – meaning your bones are in danger.   But all of these struggle to break through the barriers you create between the particles and your skin, so wrap up for Alpha and Beta particles and stay in doors for the stronger Gamma Rays.

There are a range of potentially dangerous effects posed by fallout radiation.

These are broken into three phases:

The first is a mixture of nausea and vomiting for 2-3 days.

The second phase sees an absence of the original symptoms and the longer this lasts for, the less severe the original exposure.

Finally, the third phase, if the exposure is severe enough to induce, involves incapacitation and severe illness, brought on by bone marrow damage, which can occur as long as 20 days after the end of phase 1. Still, there are long term worries to, well, worry about, like decreased fertility, genetic mutations and cancers which can take decades to develop.