Albeit, Scotland was attached to the UK and thus, by default, became a definitive feature on the Soviet Union’s wish/hit list. 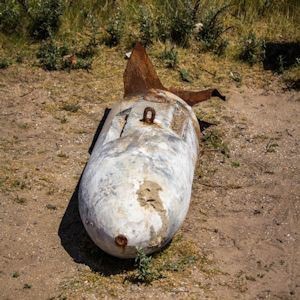 A few newspapers, over the decades, have alluded to the idea that the UK government quietly identified potential bombing targets, drawing up evacuation plans and other preventative measures in the process. But, in 1972, the Cabinet Office approved a list titled “Probable nuclear targets in the United Kingdom” noting over 100 targets across the British Isles.

The majority of these sites were stationed in rural England, place such as Lincolnshire and Norfolk, but 15 sites were located north of the border. Unsurprisingly, the naval bases RNAD Coulport, Holy Loch, Faslane, as well as the base at Rosyth, topped the list alongside Glasgow and Edinburgh; but no other Scottish cities featured on the list.

RAF Lossiemouth got a mention, together with former RAF bases Kinloss in Moray, Machrihanish on the tip of Kintyre and another of Fife’s previous military assets, Leuchars.

London was obviously viewed as the key target, with officials expecting up to 4 five megaton bombs to strike the city. Places like Glasgow and Edinburgh, highlighted for their population sizes and governmental significance, were expected to endure two blasts of similar magnitude; which were 333 times more powerful than Hiroshima. A 1953 report also revealed that up to 80,000 people could have died if one bomb struck Glasgow, but this is seen as a very conservative figure and is very optimistic of Glasgow’s famous tenements providing enough protection to civilians. In fact, it is said that the tenements could’ve produced additional problems in hindering the rescue effort, despite offering better protection from Gamma Rays than housing in places like Birmingham and Manchester, as they would just as easily collapse and help spread fires caused by the blast’s flash.

Radar stations in Buchan and Saxa Vord, Shetland, also featured on the list, while only 1 naval communication centre and 1 military commander centre, in Thurso and Pitreavie respectively, found themselves in Scotland. Most commander centres were focused around London, whereas the East coast was littered with radar stations.