my god! what have we done??

At 8.15am on the 6th August, ‘Little Boy’ – the name given to the deadly bomb – was dropped on Hiroshima.

The Boeing B-29 bomber was named the ‘Enola Gay’ after the pilot’s mother. The heat and light caused by the bomb were far stronger than anything the world had ever seen before and an area of 4 square miles was wiped by the force of the explosion with a further 12 square miles badly damaged. 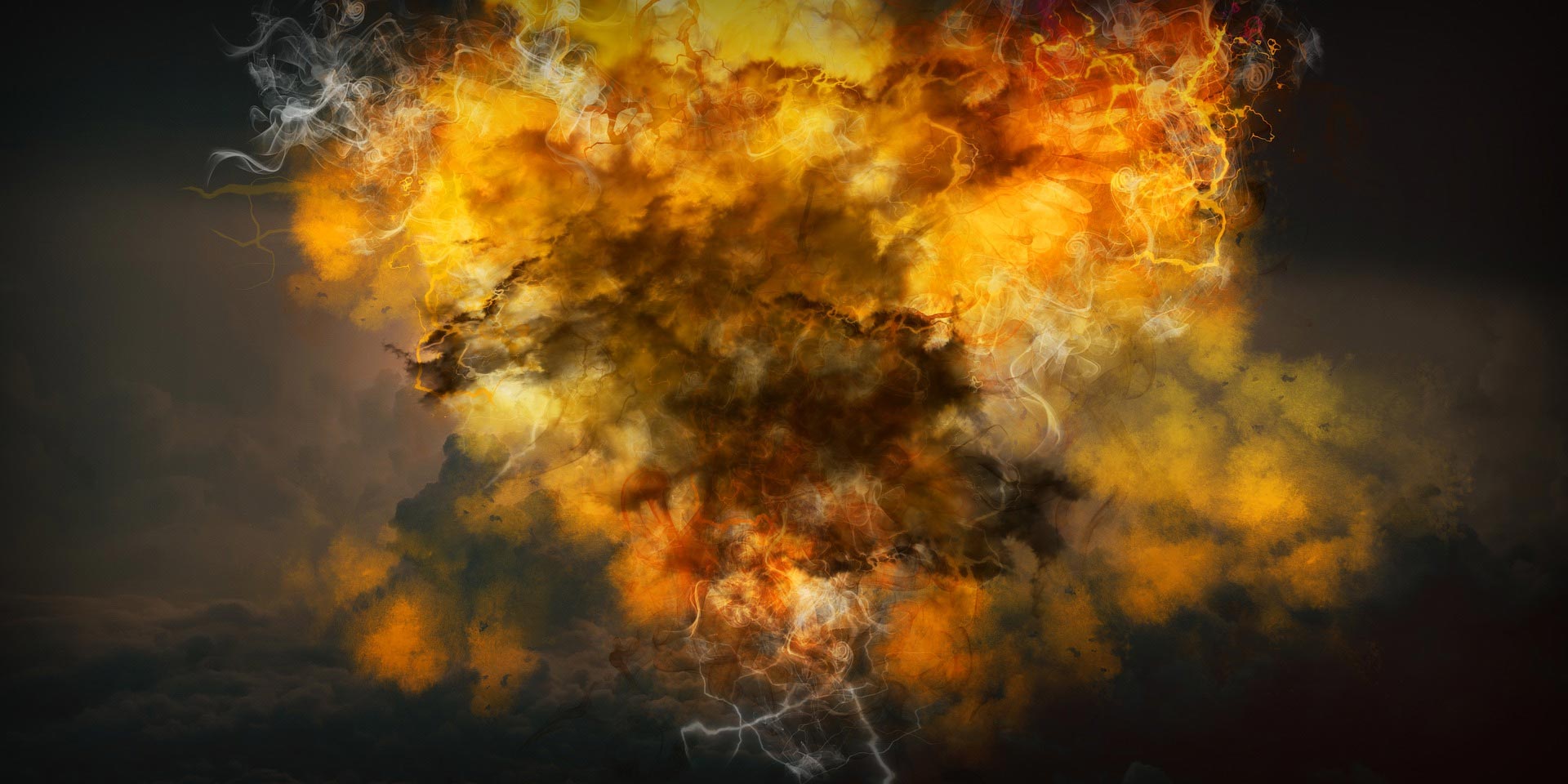 Most of the victims died upon the impact of the nuclear bomb but many more died in the weeks, months and years that followed. Members of the next generation suffered genetic problems such as physical deformations and psychological conditions as the result of extreme exposure to radiation.

Since their creation decades ago, nuclear weapons have rarely been out of the world news. The world’s most influential leaders continue to discuss ways to avoid the use and destruction of nuclear weapons, with a view to preventing the devastating consequences of nuclear war.

The Troywood bunker, now Scotland’s Secret Bunker, was in active use for forty years. British government officials considered it essential protection for the United Kingdom against the very real threat of the atomic bomb.

Luckily, the majority of people living in the 21st century have never had to experience the apocalyptic effects of a nuclear war. Today, our knowledge of these catastrophic explosions is fuelled by one of the darkest chapters in military and possibly world history – the nuclear attacks on Japan in 1945. Eye-witness accounts and photographs of the event paint a gruesome picture of the effects of the most destructive weapon ever designed by man.

In 1945, the American government made the decision to drop two atom bombs on the cities of Hiroshima and Nagasaki. Their calculations revealed that the loss of life through this covert attack would be significantly less than if the Allied Forces had been deployed in Japan. By the end of 1945, the death toll had reached 140,000 in Hiroshima alone.

The final number of fatalities is believed to stand in excess of 200,000. The vast majority of the victims were innocent civilians – men, women and children – who had been unprepared for, and unsuspecting of, the attack.

Mr Ferns, a former member of the RAF who was sent to Japan in 1946 to join the British Commonwealth occupation force, was stationed just 15 miles away from Hiroshima and witnessed first-hand the destruction caused by the blast. During his stay in Japan, Mr Ferns purchased a set of photographs depicting the city just a day after the impact. He learned that the Japanese cameraman who took the photographs died as a result of extreme exposure to radiation. The cameraman’s film was developed 6 months after the attack took place. Hi daughter kindly agreed to bring copies of the photographs to Scotland’s Secret Bunker. The shots clearly show the terrifying extent of the damage that the nuclear bomb caused to the civilians, the buildings and the landscape of Hiroshima.

It seems incredible that anyone was able to survive the nuclear attack on Hiroshima and equally incredible that anyone who was able to survive was in the right state of mind to capture the events on camera. Images like those bought by Mr Ferns are disturbing but also an important reminder of the cataclysmic events that took place on that August morning in 1945 that impacted so many lives and continues to do so today.

In the evocative words of Robert Lewis, co-pilot of the Enola Gay: ‘My God, what have we done?’